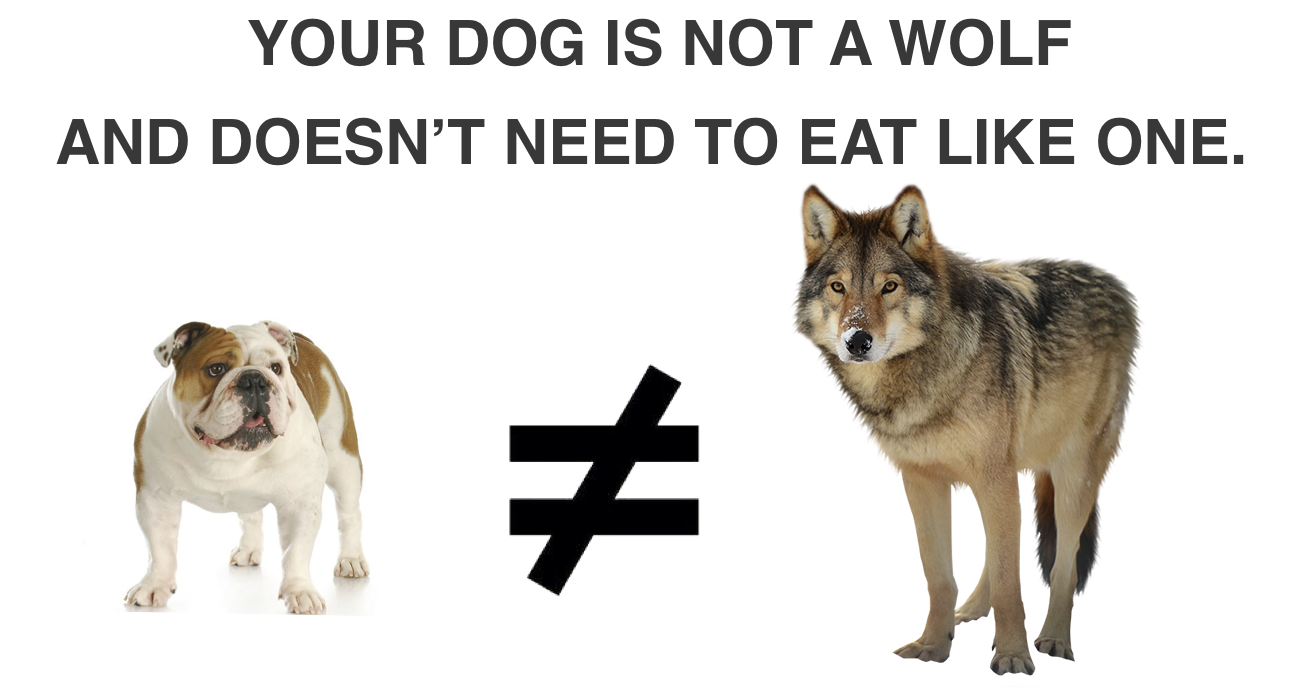 Comments Off on Vegedog to supplement home-prepared meals. 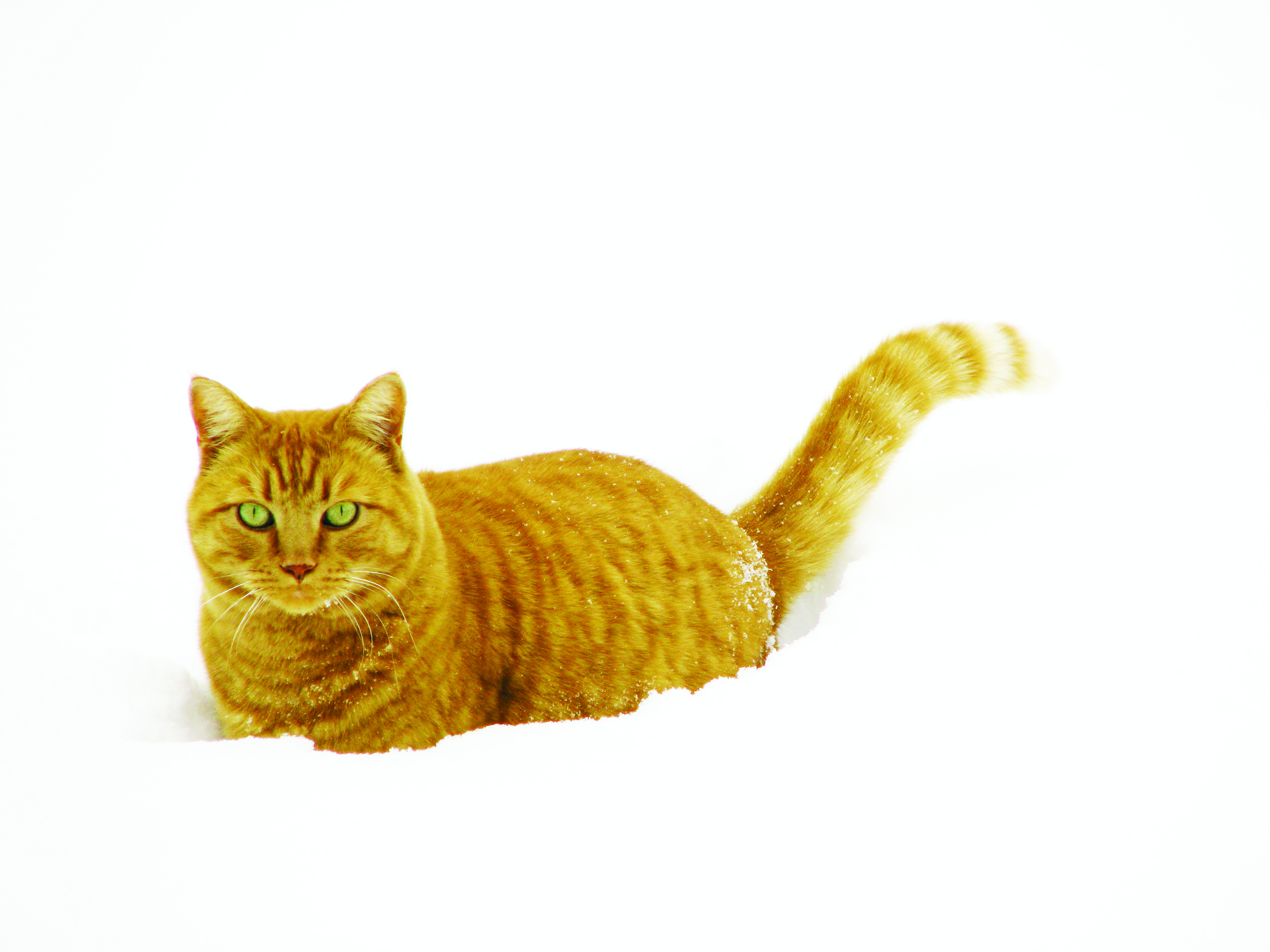 The appearance of the cat supplements you know and love has changed but there is a good explanation! Please read on to find out why. Cat formula updates for Vegecat™, Vegecat phi™, and Vegekit™ took place during our Fall 2017 production run. These formula improvements account for revisions made by the AAFCO in their 2015-2016…

Comments Off on Cat Supplements: The Updated Formula Explained 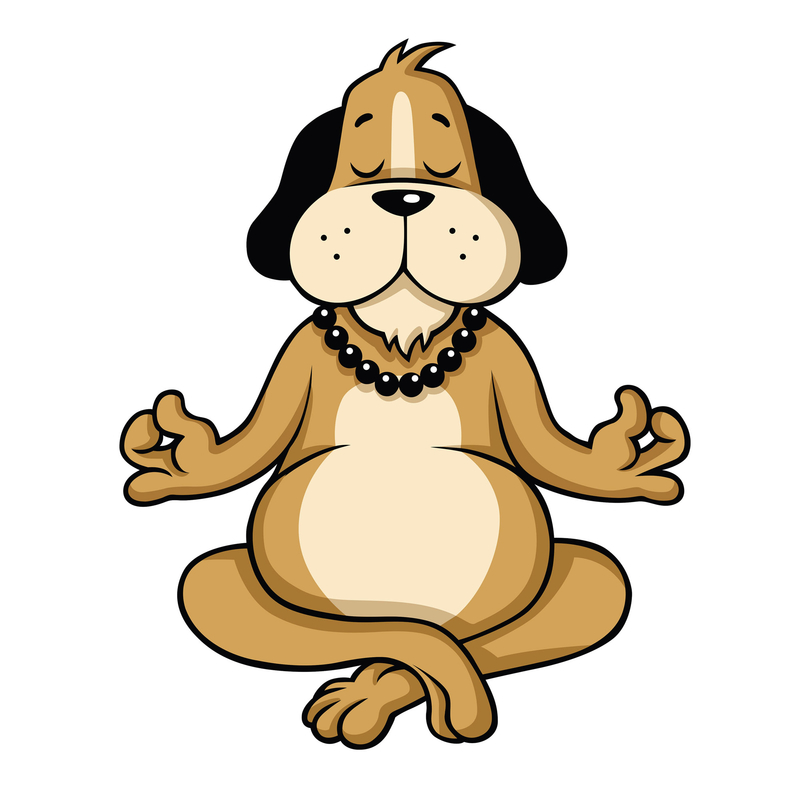 “Thankfulness is the beginning of gratitude. Gratitude is the completion of thankfulness. Thankfulness may consist merely of words. Gratitude is shown in acts.” —Henri Frederic Amiel   Most of us are familiar with the law of attraction, what we put out into the Universe comes back to us in our lives. If we focus on…

Comments Off on Gratitude and Thanksgiving 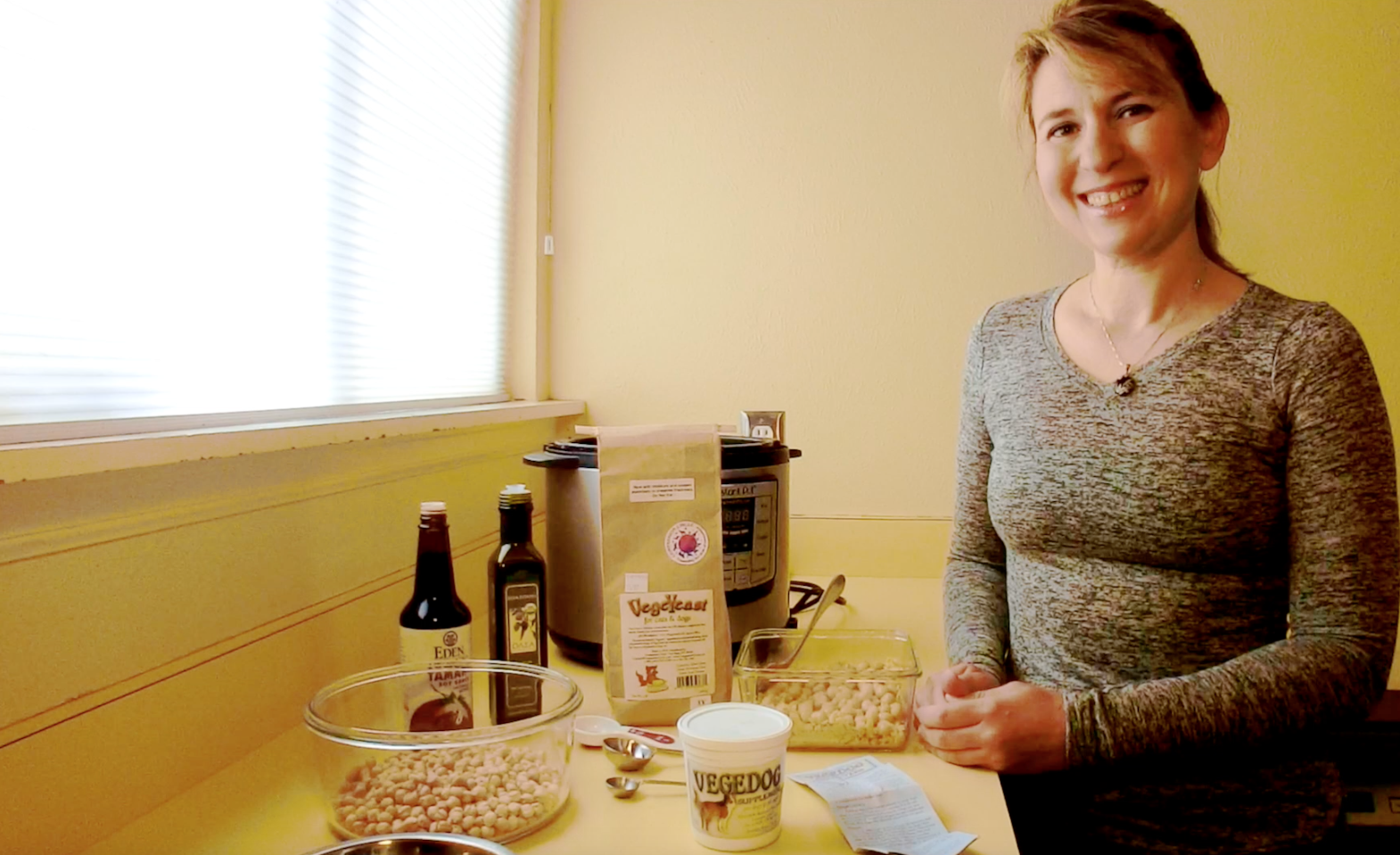 If you're looking for a quick and easy homemade dog food recipe using a few simple ingredients, please click here. Cooking for your dog can be fun and economical, not to mention more healthy because you're making food from scratch that you have control over. Start with small portions and see how your dog does;… 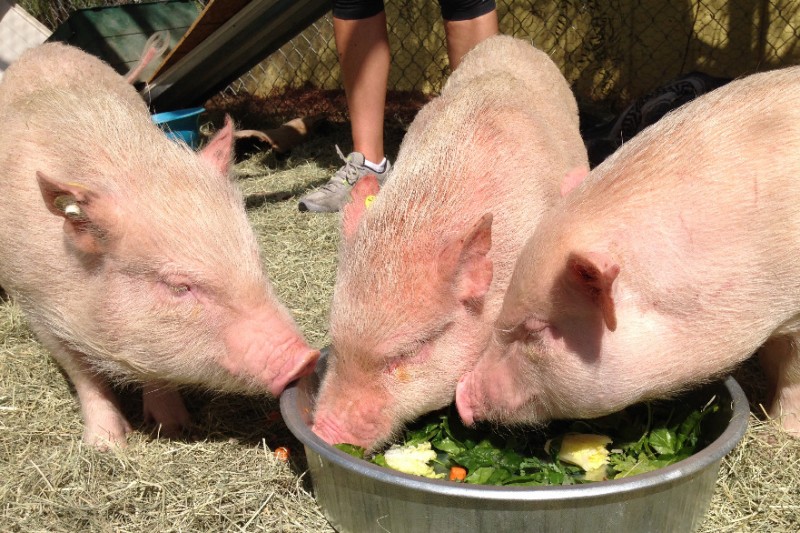 We are so very grateful to the New Life Animal Sanctuary and Harvest Home Animal Sanctuary for recently taking in 31 Gottingens mini-pigs who were released from a lab in the San Francisco Bay Area. These little piggies lived their entire lives in sterile cages, enduring experimentation, and never saw the light of day. Now…

An extremely important member of the Compassion Circle and Vegepet™ family needs our help. James Peden, the formulator and original founder of Vegepet™, is dealing with an urgent health condition. James introduced animal lovers to a cruelty-free way of feeding their animals with Vegepet™ in 1986. He has dedicated his life to spreading compassion and… 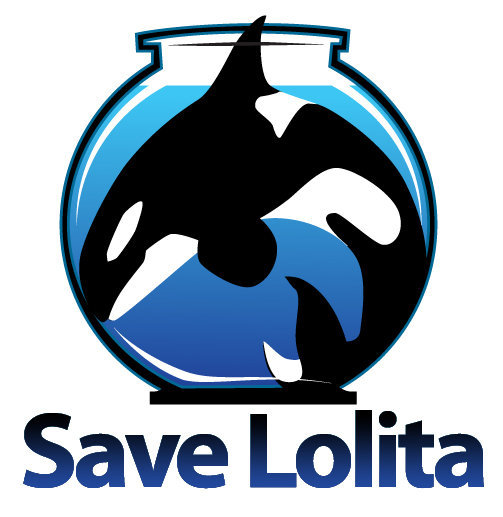 Time sensitive announcement! We have recently been made aware of the heartbreaking plight of a Killer Whale (they are actually large Dolphins) named Lolita, whose close family unit was torn apart in 1970, when hunters caught several of them, killed several others, and traumatized them all. As their mother grieved loudly and miserably, a number… 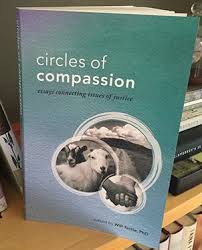 Kim Sheridan, founder of Compassion Circle, has an essay in the wonderful, newly released book Circles of Compassion: Essays Connecting Issues of Justice. The book is edited by Dr. Will Tuttle, author of The World Peace Peace Diet. With 30 insightful and inspiring essays by internationally recognized vegan authors and activists, Circles of Compassion illuminates the…

Comments Off on The Life in the Afterlife Conference
News

September 16th at 5 p.m. PT/8 p.m. ET, Kim will be interviewed by Jill Jackson on Connect Soul to Soul, presented as part of Shay Parker’s Best of the Best! The show will air on W4WN. We're looking forward to it!

Comments Off on Connect Soul to Soul Interview
News

August 25th, 2014 @ 9 pm ET/6 pm PT Kim Sheridan, founder of Compassion Circle and author of Animals and the Afterlife, will speak to Alijandra of Healing with the Rainbow Rays on USC Radio. Kim and Alijandra expect to cover a lot of ground in their 90 minute interview. Please joint them at: www.uscradioproductions.com

Comments Off on Healing with the Rainbow Rays Interview
News

If you are in southern California, and looking for a hamster, we might know just the one for you! This below story was shared with us by a fellow animal lover and rescuer. Geraldine and her siblings need good forever homes. Please contact us via the contact page if you are interested. Thank you, Ashley…

Here is an important Post from Nancy Jo Heart of Miami, Florida: “I have always enjoyed the company of two cats but since moving to Miami I have been a lighthouse of pregnant female cats. In the 5 years since I have lived here I have adopted and fixed 5 females, finding home for some of…

Comments Off on Attention Cat Lovers! 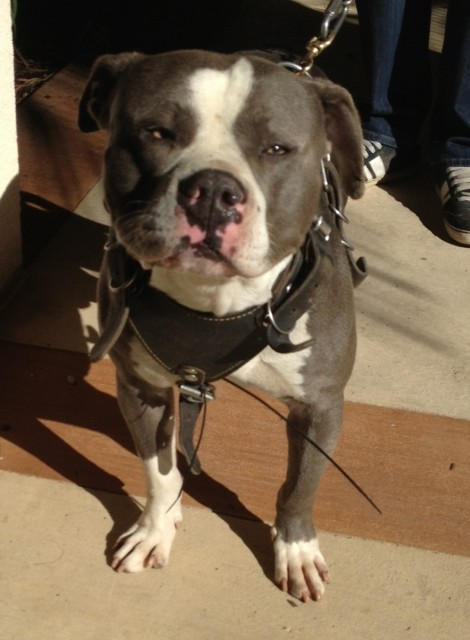 "Floyd" is thought to be 1-1/2 years old. He is male, being neutered today, and his shots are current. This sweet guy loves giving kisses and affection, and is quite content being scratched on the neck. He is a good passenger in the car and understands being asked to clam down when he gets excited…

Comments Off on “Floyd” Needs Someone to Love
News

I want to thank those of you who thought good thoughts for Luki, and those of you who had a hand in his placement. Luki moved in with his new Colorado family over the weekend! He is now has a loving family, kids to play with, a yard, other animals to bond with, and he…

Comments Off on Wonderful News for Luki!
News

Luki Has Come A Long Way Looking For His Forever Home...Is It Your Home? After being rescued from the streets of Brazil, Luki's companion discovered that he has ehrlichia titers, or antibodies that indicate exposure to a tick-borne disease. He did not test positive for the actual disease Ehrlichia. This discovery was upon entering the…

Comments Off on Luki is Looking for His Forever Home
News

We're calling her Lady. She was found wandering the streets with no tags, so no one knows all the details of her background. I’m not actually the one who found her; I saw her at the pound when I was picking up rats for the Rat Refuge. I don’t currently have the set-up for dogs.…

Veganpalooza turned out to be a magnificent event! There was so much amazing information about compassionate, healthful living. If you missed it, there’s a special recap today (Tuesday, July 17th) at 6 pm Pacific time. For more info, click here: Veganpalooza!

Comments Off on Veganpalooza Recap
News

Veganpalooza is an amazing online conference taking place July 11-15, 2012. Our founder, Kim Sheridan, is one of the featured presenters at this amazing event. Learn from the experts about the many advantages (body, mind, and spirit) of a truly compassionate (vegan) diet. Don’t miss it! For more info, click here:Veganpalooza!

Comments Off on Veganpalooza!
News

Darra is a much loved pug, but her owner is in a very difficult situation and is unable to care for her right now. Darra and Marianne need a San Diego area angel to come to the rescue! Marianne had this to say about Darra and her future: Darra is a 1.5 yr old sweet…

Comments Off on Darra Needs A New Loving Home
News

Kim Sheridan's first documentary film, What's Up?, is playing in an online contest for the month of April. In the film, a small film crew looks up at the sky and contemplates what’s really going on with our environment. There is nothing more compassionate, with respect to humans or animals, than saving our planet! To…

Comments Off on What’s Up? Needs Your Vote!
News

Update: The dog mentioned earlier found a home - in fact, two dogs did - so all is well. Yea!  :)

Comments Off on Happily Ever After
News

This just in... We just got word of a dog in North San Diego - a 10-year-old female shepherd mix - who will be euthanized if someone doesn't adopt her by the end of the day today. We didn't get any more details than that, but here's the contact info if anyone can offer a…

Comments Off on Dog Needs Home TODAY or Else…
News

For those of you in Oklahoma... Good versus Evil is a short film with a message of compassion. The film is playing at the Trail Dance Film Festival Chisholm Trail Heritage Center Duncan, Oklahoma, USA January 28, 2012, 2:15 p.m. http://www.traildancefilmfestival.com/main.asp

For all interested in Kim Sheridan's films... "Good versus Evil" (a short film by Kim Sheridan with a message of compassion) is screening, along with Kim's two other films with an eco-friendly message, in an online film festival for the month of December. Courtesy of... The Creative Arts Film Festival Online worldwide! December 2011 Festival…

For those of you in Alaska... "Good versus Evil" (a short film with a message of compassion) is playing at the Anchorage International Film Festival at the Wilda Marston Theater at Loussac Library Anchorage, Alaska, USA December 10, 2011, 11:30 a.m. Festival info: http://www.anchoragefilmfestival.org/ Film info: http://www.GoodVersusEvil.com/

Attention Cat Lovers, Animal Rescuers, and Rescue Railroaders Everywhere... Here is an important Post from Nancy Jo Heart of Miami, Florida: "I have always enjoyed the company of two cats but since moving to Miami I have been a lighthouse of pregnant female cats. In the 5 years since I have lived here I have adopted…

Founder Kim Sheridan will be a guest on Eldon Taylor's show today at 11 a.m. on Hay House Radio regarding Animals and the Afterlife.

Several of founder Kim Sheridan's films are playing at film festivals throughout the U.S., Canada, New Zealand, and Africa. For more information and the latest schedule, please visit www.EnLighthouse.com

Comments Off on Film Festivals
News

For those of you in or near Cleveland, Ohio…  “Good versus Evil” (a short film by Kim Sheridan with a message of compassion), along with two of Kim's other films with an eco-friendly message, will be playing at the following: Indie Gathering International Film Festival Cleveland, Ohio, USA Saturday, August 27, 2011 Plight of the…

For those of you in or near Vancouver, Washington…  “Good versus Evil” (a short film by Kim Sheridan with an animal-friendly message), along with two of Kim's other films with an eco-friendly message, will be playing at the following: Columbia Gorge International Film Festival Vancouver, Washington, USA August 10-14, 2011 Plight of the Earth Fairy:…

For those of you in the Indianapolis area...  "Good versus Evil" (a short film by Kim Sheridan with an animal-friendly message) will be playing at the following: Gen Con Indy 2011 Film Festival Indianapolis, Indiana, USA Saturday, August 6, 2011, 4PM, Capitol II, Westin Hotel http://www.gencon.com/2011/indy/default.aspx More screenings will be announced as the dates approach.…

Kim Sheridan is a speaker at the 2011 Animal Rights Conference in Los Angeles, California, July 21-25, 2011. She will be signing books at the Compassion Circle table. For more information, please visit www.arconference.org

This site is currently under renovation. Please check back soon for powerful information on what you can do now to help animals! To stay updated, please join the email list.

Comments Off on What You Can Do to Help Animals
News

Welcome to the new, improved Compassion Circle site. This is our first official post. Many more to come!

To order Vegecat, please contact us via phone or email. Dismiss